God decides your vocation and you choose it. 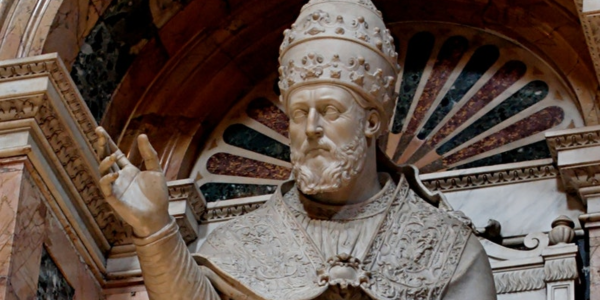 And so I brought with me Father Nicolás de Jesús María, a man of great perfection and discretion, a native of Genoa.

Saint Teresa describes the discalced friar she brought with her when she made the foundation at Soria:

He was over forty when he received the habit, I think—at least he’s forty now, and it’s only a short while since he took the habit—but he has advanced so far in a short time that it seems clear our Lord chose him so he might help the order during these very troublesome times of persecution.

He has done a good deal. With respect to the others who could have helped, some were exiled, others imprisoned. Since he had no office, little attention was paid to him. For as I mentioned, it was only a short time that he was in the order. Or, God allowed this that there might be some help left for me.

He is so discreet that while he was staying in the monastery of the calced Carmelites in Madrid, as though for other business reasons, he dealt with the affairs of the discalced friars in such a disguised manner that the calced friars never knew about it, and so they didn’t bother him.

We corresponded frequently, for I was in the monastery of St. Joseph’s in Avila, and we dealt with a suitable course of action, for this consultation gave him satisfaction. Hence it can be seen what need the order was in since so much attention was paid to me for want, as they say, of good men. [Spanish proverb: For lack of good men, they made my father mayor.]

It was during this time that I had experience of his perfection and discretion. Thus he is among those in this order whom I love much in the Lord and esteem highly.

In June 1593 the Carmelite Order held its general chapter at Cremona (Italy), to elect a successor to the Fr. Caffardo who had died in office on 3 April 1592. Fr. Nicholas Doria, in his capacity as vicar general, was present at that chapter and brought with him three provincials and ten socii to represent the Discalced Congregation. The Discalced took advantage of so solemn an occasion to reveal, in the form of a petition to the definitor general and general chapter, their intention of requesting the Pope to grant them complete separation from the Order, so that henceforth the Discalced would not attend the general chapter nor would the Order have any jurisdiction over them. The chapter reacted favorably to the idea, and Pope Clement VIII, in the Brief Pastoralis Officii dated 20 December, separated “The Discalced Brethren of the Order of Our Lady of Mount Carmel” definitively from the prior general’s jurisdiction. So, Fr. Nicholas Doria had the honor of being the Order’s first general.

Discalced Carmelite historian Father Ildefonso Moriones has written much on the history of the Teresian Carmel. His 1978 volume, El Carmelo Teresiano: páginas de su historia, has been translated into English and uploaded to the Order’s online archives. Chapter X, “Change of Superior, Change of Direction: Father Nicholas of Jesus and Mary, Doria” is devoted completely to this larger-than-life figure in the history of the Discalced Carmelite Order.

You can read Chapter X on Father Doria here and read Fr. Ildefonso’s introduction, Chapter I, and see the complete outline of the titles and links to the book’s twenty chapters here.

MESSAGE FOR THE CENTENARY OF THE PROCESSION OF OUR LADY OF CARMEL
Haifa, 5 May 2019

This year we celebrate the centenary of the procession of Our Lady of Carmel in Haifa. The first procession was held on April 27, 1919, Sunday in albis, and was organized to solemnly bring back to the sanctuary of Stella Maris the statue of Our Lady of Carmel, that in 1914 at the beginning of the First World War, had been transferred to the parish church in the city. The Vicar Father of Mount Carmel at that time, the Englishman P. Francis Lamb (1867-1950), writes in his memoirs that there was an extraordinary participation of the people and that the English authorities were struck by this manifestation of faith and devotion for the Mother of God in the Latin Catholic community of Haifa. It was linked to the end of the Great War and the desire to thank the Lord and Our Lady for the return of peace. The procession was repeated in the following years until it became the most important in the Holy Land after that of Palm Sunday in Jerusalem.

Here in Haifa, devotion to Mary is like a centuries-old tree with large branches and deep roots […]