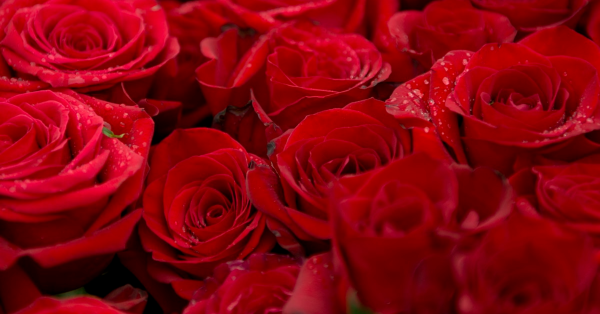 Father Kuriakose Elias Chavara and Sister Euphrasia Eluvathingal, who was a member of the religious Institute founded by him, remind each of us that God’s love is the source, the support and the goal of all holiness, while love of neighbour is the clearest manifestation of love for God. Father Kuriakose Elias was a religious, both active and contemplative, who generously gave his life for the Syro-Malabar Church, putting into action the maxim “sanctification of oneself and the salvation of others”. For her part, Sister Euphrasia lived in profound union with God so much so that her life of holiness was an example and an encouragement to the people, who called her “Praying Mother”. There are many consecrated religious here today, especially consecrated women. May you also may be known as “Praying Sisters”.

The religious institute to which Pope Francis referred in his address was the Congregation of the Mother of Carmel, founded by Saint Kuriakose Elias Chavara and Father Leopold Beccara, O.C.D. on 13 February 1866 at Koonammavu, Kerala in India.

The Sisters’ website says that “St. Kuriakose Elias Chavara was much aggrieved at the absence of a religious congregation for women in the Apostolic Church of St Thomas. He longed for a house of sanctity where the girls of this land could learn spiritual matters and grow up as good Christians.”

St. Euphrasia is the first saint of the congregation. Her Vatican biography tells us:

Rose Eluvathingal was born on 17 October 1877 in the village of Kattoor, in the Diocese of Trichur, India. Her mother’s deep piety and great devotion to the Virgin Mary, the Mother of God, had a strong influence on little Rose from her childhood.

During her developing years, Rose began to detach herself from earthly possessions and pleasure and took a great interest in spiritual matters. This was all the more rooted in her at the age of 9 by means of an apparition of the Blessed Mother, after which the young girl offered herself totally to the Lord.

Notwithstanding the strong opposition of her father, who wanted Rose to marry into a rich family, she wanted to become a religious Sister. Her intense prayer life, which included the rosary, fasting, and abstinence, as well as the rather sudden death of her younger sister, brought about a change of heart in her father, Anthony, who granted Rose permission to enter the convent.

In fact, her father accompanied her personally to the convent of the Congregation of the Mother of Carmel at Koonammavu, the first indigenous congregation of Syro-Malabars.

On 10 May 1897 Rose became a postulant and took the name Sr Euphrasia of the Sacred Heart of Jesus, and on 10 January 1898 she received the holy habit of Carmel.

Although Sr Euphrasia wanted to live a hidden life, she was chosen as Superior of the Convent of St Mary at Ollur. She held the post from 1913 to 1916.

For almost 48 years the convent of St Mary was home to Mother Euphrasia. Observing her life of prayer and holiness, the local people called her “Praying Mother”, and her Sisters in community referred to her as the “Mobile Tabernacle”, because the divine presence she kept within her radiated to all she encountered…

You can read the complete Vatican biography here.

You can explore the website of the Congregation of the Mother of Carmel here.

View a timeline of the milestones in the life of the Congregation and the life and canonization of St. Euphrasia here.

Thrissur Beats news service has a video of today’s landscape surrounding St. Mary’s Convent in Ollur where St. Euphrasia lived as a “Mobile Tabernacle” for 48 years.

A Christmas 2018 video featuring the students of St. Mary’s Convent Nursery School in Ollur is lovely; the children sing and recite greetings in English and Malayalam. 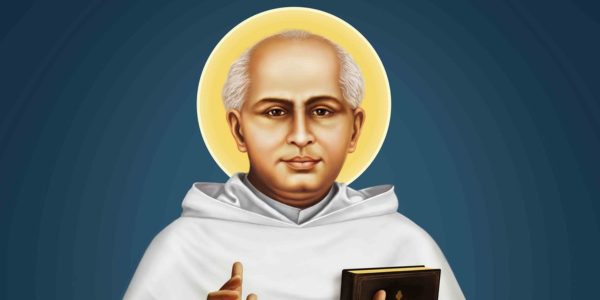 “I thank you, Father, Lord of heaven and earth, that you have hidden these things from the wise and understanding and revealed them to the little ones” (Mt 11:25).

What things has the Lord hidden? What mysteries has he revealed? Truly the deepest ones, the mysteries of his own divine life, those known here on earth only by him, only by Christ himself. For he says: “All things have been delivered to me by my Father, and no one knows the Son except the Father, and no one knows the Father except the Son and anyone to whom the Son chooses to reveal him”.

Today, in this Sacred Liturgy, we wish to unite ourselves in a special way with Christ the Lord. Together with him, we wish to bless the Father, for the particular love which he has shown to a son and daughter of the Church in India. We praise the Father for his countless blessings during the two thousand years that the Church has existed on Indian soil. With Christ, we glorify the Father for the love that he has shown to the little ones of Kerala and all India.

Father Kuriakose Elias Chavara was born here in Kerala, and for nearly all of his sixty-five years of earthly life he laboured generously for the renewal and enrichment of the Christian life. His deep love for Christ filled him with apostolic zeal and made him especially careful to promote the unity of the Church. With great generosity, he collaborated with others, especially brother priests and religious, in the work of salvation.

In co-operation with Fathers Thomas Palackal and Thomas Porukara, Father Kuriakose founded an Indian religious congregation for men, now known as the Carmelites of Mary Immaculate. Later, with the help of an Italian missionary, Father Leopold Beccaro, he started an Indian religious congregation for women, the Congregation of the Mother of Carmel. These congregations grew and flourished, and religious vocations became better understood and appreciated. Through the common efforts of the members of new religious families, his hopes and works were multiplied many times over.

Father Kuriakose’s life, and the lives of these new religious, were dedicated to the service of the Syro-Malabar Church. Under his leadership or inspiration, a good number of apostolic initiatives were undertaken: the establishment of seminaries for the education and formation of the clergy, the introduction of annual retreats, a publishing house for Catholic works, a house to care for the destitute and dying, schools for general education and programmes for the training of catechumens. He contributed to the Syro-Malabar liturgy and spread devotion to the Holy Eucharist and the Holy Family. In particular, he dedicated himself to encouraging and counselling Christian families, convinced as he was of the fundamental role of the family in the life of society and the Church.

But no apostolic cause was dearer to the heart of this great man of faith than that of the unity and harmony within the Church. It was as if he had always before his mind the prayer of Jesus, on the night before his Sacrifice on the Cross: “That they may all be one; even as you, Father, are in me, and I in you, that they also may be in us”. Today the Church solemnly recalls with love and gratitude all his efforts to resist threats of disunity and to encourage the clergy and faithful to maintain unity with the See of Peter and the universal Church. His success in this, as in all his many undertakings, was undoubtedly due to the intense charity and prayer which characterised his daily life, his close communion with Christ and his love for the Church as the visible Body of Christ on earth.

You can explore all of our blog posts about Saint Kuriakose Elias Chavara here.