After 42 years with the Discalced Carmelites in Paris, Brother Lawrence wrote to a nun: "We must never stop working, since in the spiritual life, not to advance is to go backward." 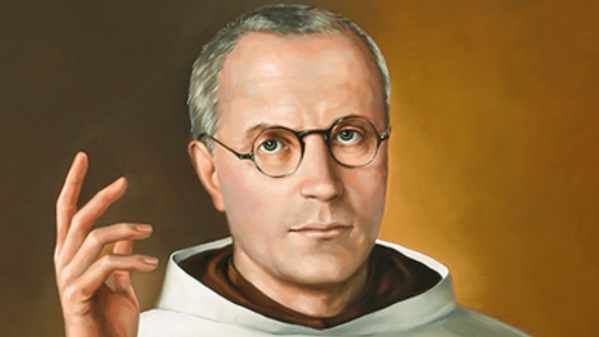 Joseph Mazurek was born in 1891 at Baranowka, near Lubartow, Poland. He entered the Discalced Carmelite Order in 1908, taking the religious name Alphonsus Mary of the Holy Spirit. He was ordained a priest and appointed as a professor while dedicating himself to the education of youth. Afterward, he served in his Order as prior and bursar. In 1944, after having been arrested by the troops that had invaded his country, he was shot on 28 August at Nawojowa Gora, near Krzeszowice.

On 10 June 1914 Pope Saint Pius X signed the decree introducing the cause for the beatification and canonization of Thérèse of the Child Jesus that was submitted by the Diocese of Bayeux and Lisieux.

On the 9th of June 1895, which was the Solemnity of the Most Holy Trinity, St. Thérèse of Lisieux—"in order to live in one single act of perfect Love"—offered herself "as a victim of holocaust" to God's merciful love. Here is the testimony of Mother Agnès of Jesus concerning the offering during the Ordinary Process for the Cause of Beatification. 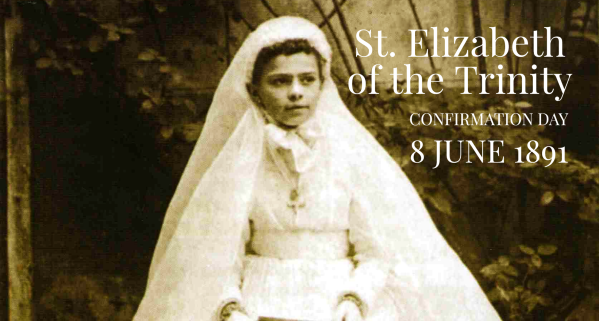 We recall the anniversary of St. Elizabeth of the Trinity's Confirmation on 8 June 1891 in the Church of Notre-Dame of Dijon, with eyewitness testimony provided by her biographer, Father Conrad de Meester, O.C.D. 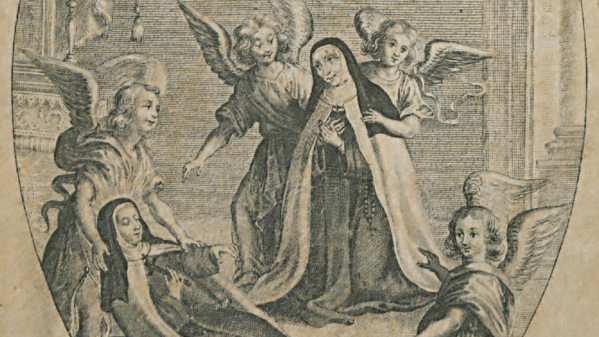 Blessed Anne of St. Bartholomew describes her experiences as Prioress in Paris in the year 1605. She tells us that four professed religious and two novices left Paris to found a new Discalced Carmelite monastery in Amiens on Pentecost. There was a Pontifical Mass and the Bishop had the head of St. John the Baptist carried in procession! 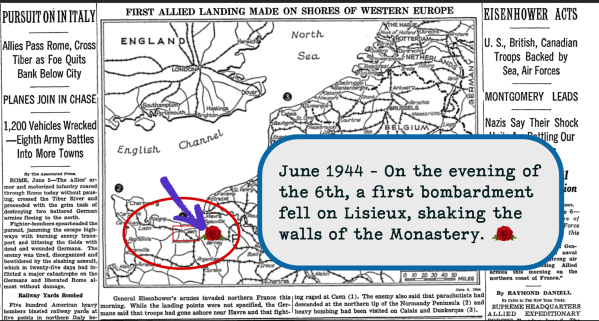 In June 1944, Mother Agnès of Jesus was ready to sacrifice the Carmel of Lisieux to God if he wanted it. The obituary circular notice written by her nuns for the other Carmels in France testified to her valiant spirit. The nuns were terrified, while she remained calm. Read an excerpt from this circular letter. 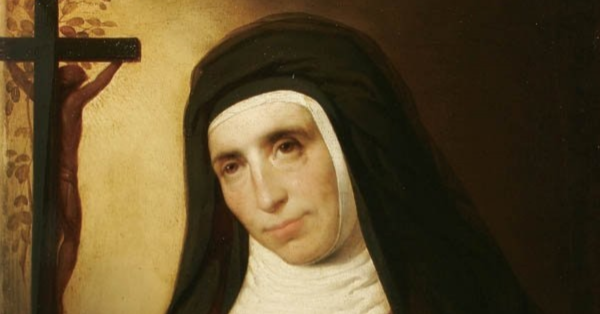 Ana Garcia was born at Almendral, Castille, in 1549. In 1572 she made her profession as a Carmelite in the hands of St Teresa at Saint Joseph’s, Avila. The Saint later chose her as her companion and nurse, and she subsequently brought the Teresian spirit to France and Belgium, where she proved herself, like Teresa, a daughter of the Church in her great zeal for the salvation of souls. 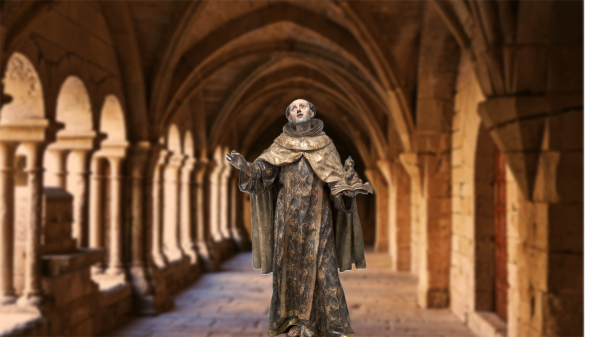 "The soul must practice the following instructions if it wishes to attain in a short time holy recollection and spiritual silence, nakedness, and poverty of spirit, where one enjoys the peaceful comfort of the Holy Spirit," writes St John of the Cross in the introduction to The Precautions.

Poet Jessica Powers ponders the first stanza of Saint John of the Cross's poem, "The Dark Night". She asks, "How does one hush one's house?..."

We recall the anniversary of the profession of the foundress of the Discalced Carmelite nuns in the United States, Mother Clare Joseph Dickinson on 3 June 1773, with an excerpt from her journal of the voyage from Netherlands to America on the anniversary date. 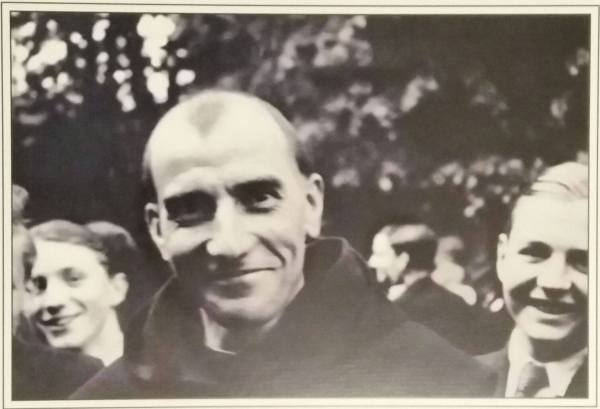 We share excerpts from Père Jacques' 1943 retreat conference on Hope and Abandonment: "When we sin against against hope, we effectively say to God: "I reject. You are wicked and heartless. I have no confidence whatsoever in you goodness"..." Père Jacques gives us the antidote and a beautiful prayer that is pleasing and powerful in the eyes of God.

Writing to Madame Hallo, St. Elizabeth of the Trinity expresses gratitude for greetings received and for "the beautiful consecration to the Sacred Heart".

St. Edith Stein examines woman's sins and defects of character that are as old as the fall of Adam and Eve. 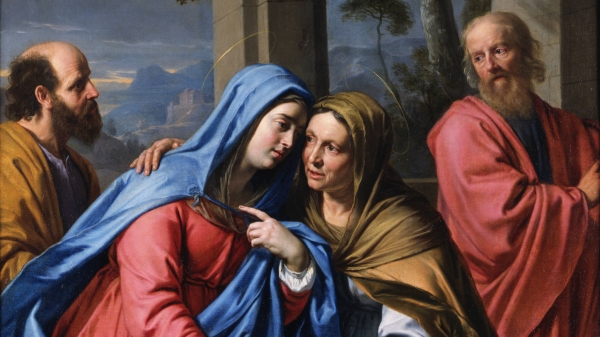 We began the month of May rejoicing with St John of the Cross in the knowledge that "the Mother of God is mine." Today, Bishop Báez reminds us who she is. "Mary reveals herself to us: empty of self, placing all her trust in the Father's mercy."

We continue St. Edith Stein's comment on woman's destiny and the Marian ideal: "woman has something in herself inherited from Eve, and she must search for the way from Eve to Mary."

Bishop Silvio José Báez mentions one of the greatest temptations of the Church: "to forget about the Holy Spirit, not to listen to the Spirit, and not to let ourselves be guided and strengthened by the Spirit."

In a passage of sublime theology, St. John of the Cross explains a portion of the Gospel for the Seventh Sunday of Easter: that we may perform the "same work that [Christ does] by nature; that is, breathe the Holy Spirit." 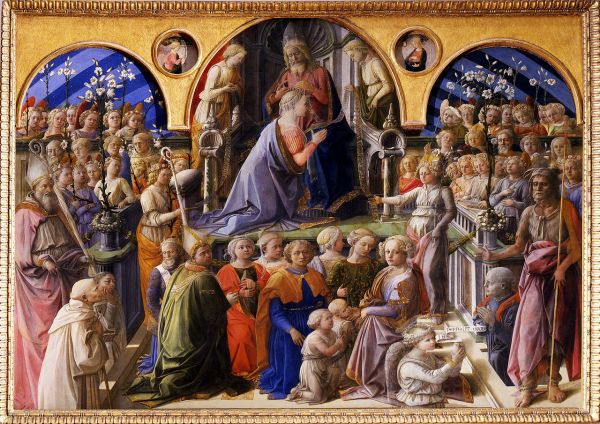 St. Edith Stein sings a hymn of praise to the Blessed Virgin in her 1932 lectures to the Organization of Catholic Women in Zurich: "As Mother of God and mother of all God's children, she is exalted above all creatures on the throne of glory; maternity itself is glorified through her...."

St. Edith Stein indicates that there is an inexhaustible source of power for women who are tested beyond their "strength of body and nerves", and "it depends only on knowing one's way and going to this source again and again."