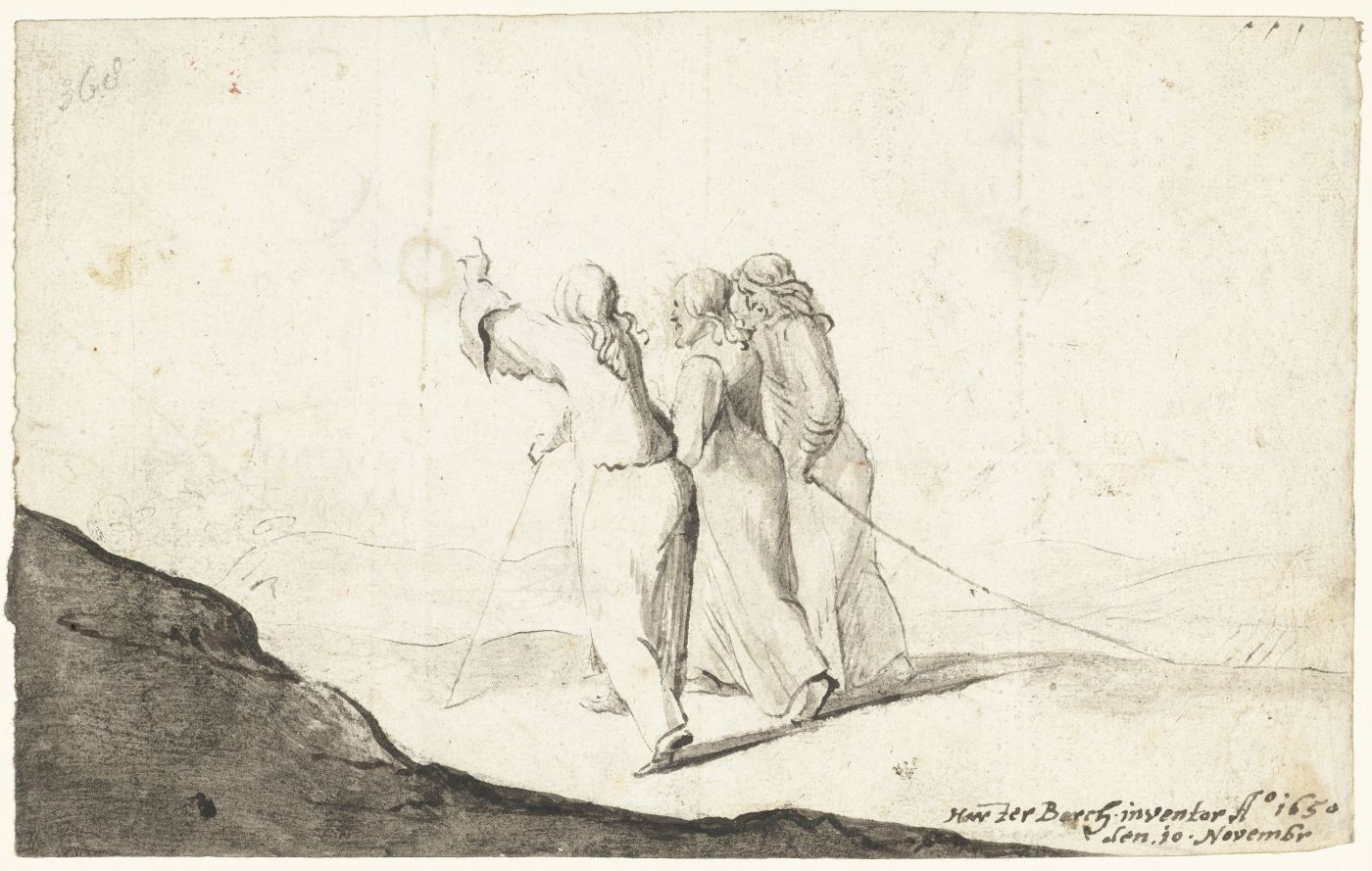 “God is not inclined to work miracles. God never works these marvels except when they are a necessity for believing.” -St. John of the Cross

Lest his disciples go without merit by having sensible proof of his resurrection, he did many things to further their belief before they saw him.

Mary Magdalene was first shown the empty sepulcher, and afterward, the angels told her about the resurrection so she would, by hearing, believe before seeing. As St. Paul says: Faith comes through hearing (Romans 10:17). And though she beheld him, he seemed only an ordinary man, so by the warmth of his presence, he could finish instructing her in the belief she was lacking (Matthew 28:1–6; Luke 24:4–10; John 20:11–18).

And the women were sent to tell the disciples first; then these disciples set out to see the sepulcher (Matthew 28:7–8).

And journeying incognito to Emmaus with two of his followers, he inflamed their hearts in faith before allowing them to see (Luke 24:15–32).

Finally, he reproved all his disciples for refusing to believe those who had told them of his resurrection (Mark 16:14).

And announcing to St. Thomas that they are blessed who believe without seeing, he reprimanded him for desiring to experience the sight and touch of his wounds (John 20:25, 29).

Thus, God is not inclined to work miracles. When he works them he does so, as they say, out of necessity.

Saint John of the Cross

Featured image: Op weg naar Emmaüs (Journey to Emmaus) is an ink and chalk drawing on paper by Harmen ter Borch, after Gerard ter Borch the Elder, his father. Harmen Ter Borch executed this drawing in Zwolle, Netherlands on 10 November 1650. Scholars at the Rijksmuseum explain that “despite Gerard the Elder’s inscription that Harmen is author of this drawing, Harmen may still have been inspired by one of his father’s Biblical drawings.” Image credit: Rijksmuseum, Amsterdam (Public domain).