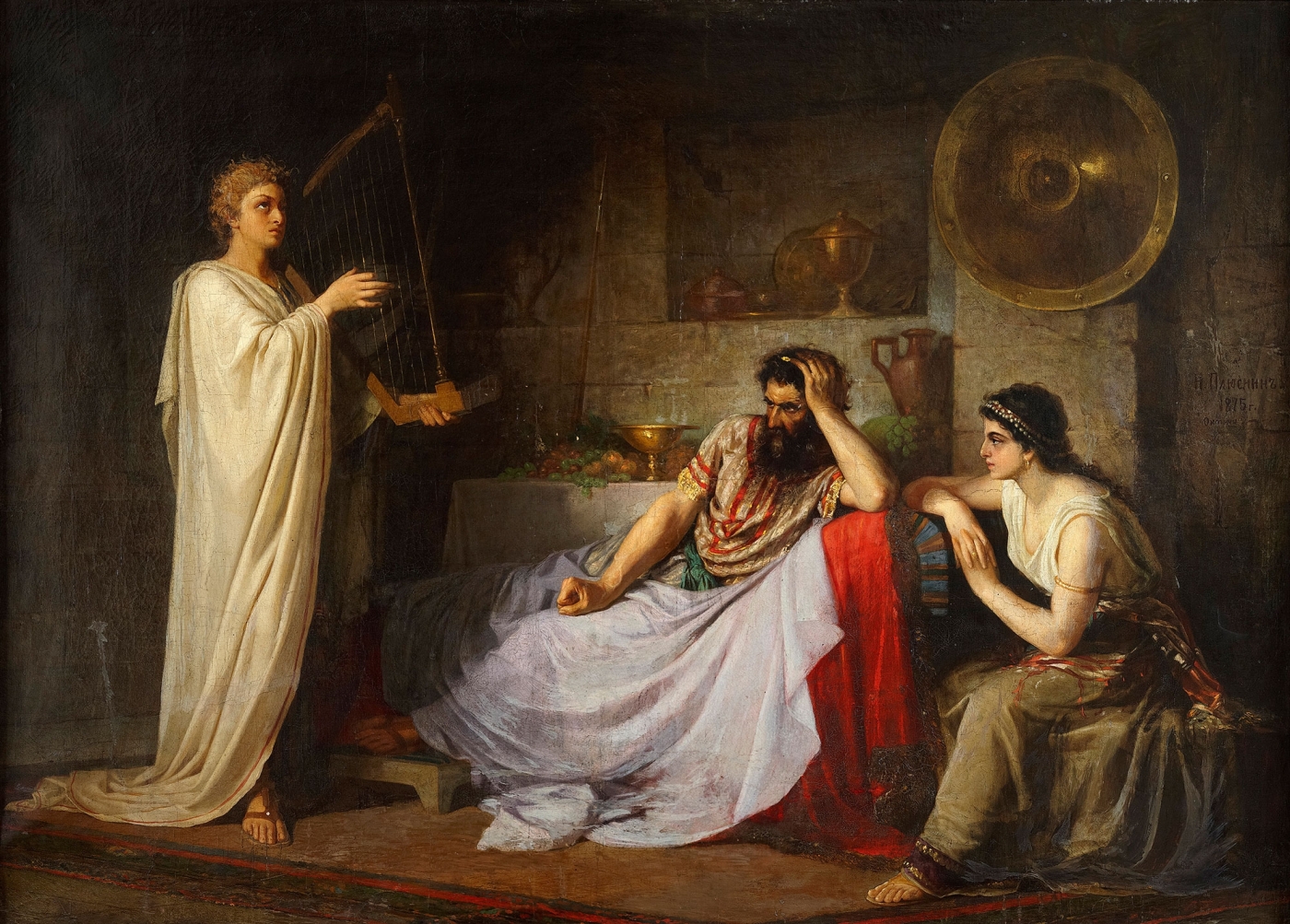 A praise of glory is a soul of silence that remains like a lyre under the mysterious touch of the Holy Spirit so that He may draw from it divine harmonies; it knows that suffering is a string that produces still more beautiful sounds; so it loves to see this string on its instrument that it may more delightfully move the Heart of its God.

Featured image: David Playing the Harp to Saul by Nikolai Mikhailovich Plyusnin (Russian, 1848–1920) was executed in oil on canvas in 1873. It comes from the Ekaterinburg Museum of Fine Arts (English website) in Ekaterinburg, Russia. Photo credit: Wikimedia Commons (Public domain).