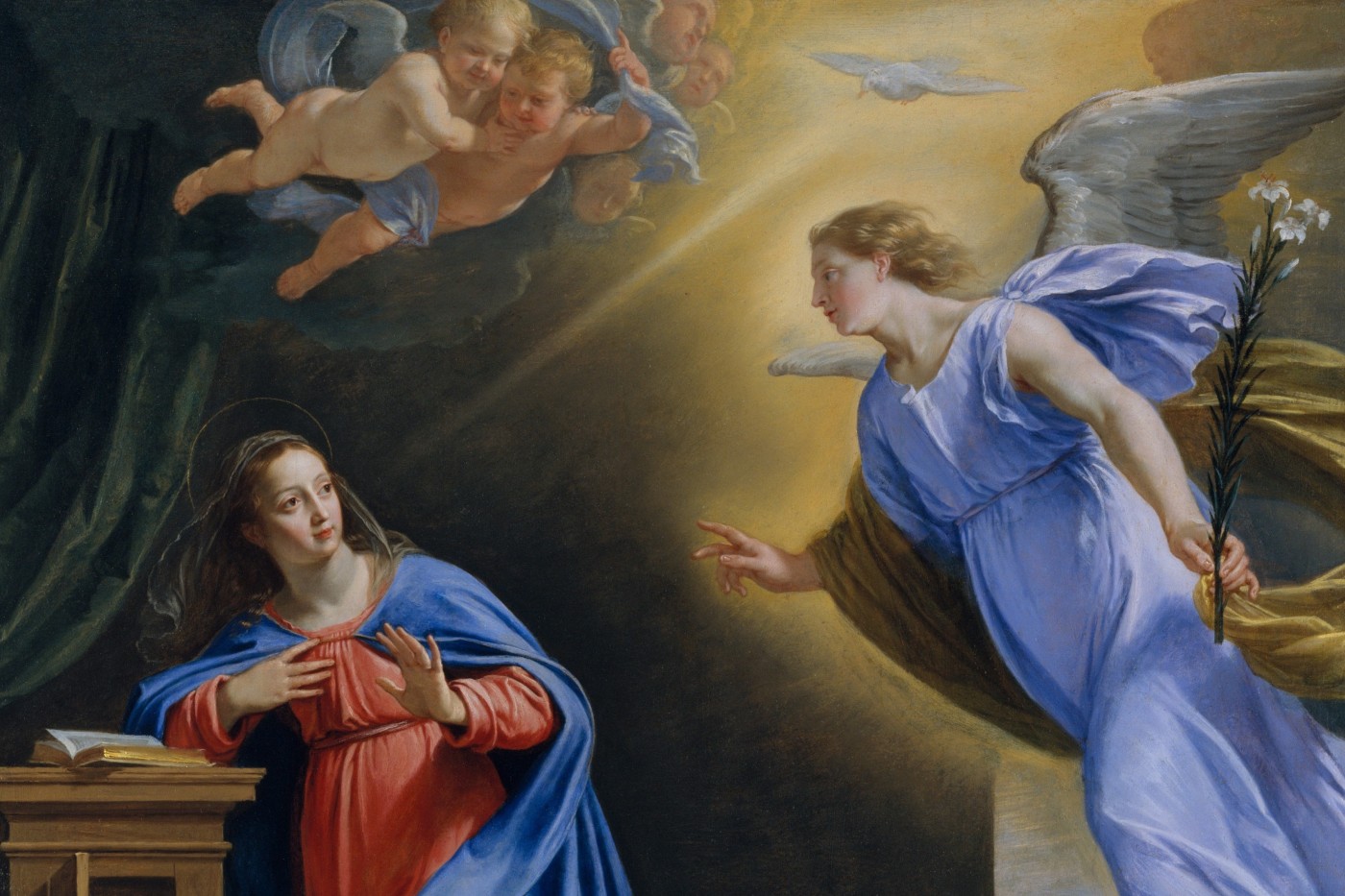 In the solitude of our little cell, which I call my “little paradise” because it is entirely filled with Him for whom all live in Heaven, I will look very often at this precious picture and will unite myself to the soul of the Virgin at the time when the Father was overshadowing her, while the Word was becoming incarnate within her, and the Holy Spirit was coming upon her to bring about the great mystery. It is the whole Trinity in action, surrendering themselves, giving themselves; and the life of the Carmelite must be lived within this divine embrace.

Gallery label: Philippe de Champaigne’s paintings have been described as combining “a scrupulous perfectionism verging on coldness with an inner life of deep intensity.” A key protagonist of French classicism, his work was partially motivated by an association with Jansenism, the severe Counter-Reformation movement that was eventually suppressed by Louis XIV. This painting was one of several by the leading artists of the day executed in Paris for the small private chapel of Queen Anne of Austria (1601–1666), the widowed wife of Louis XIII.