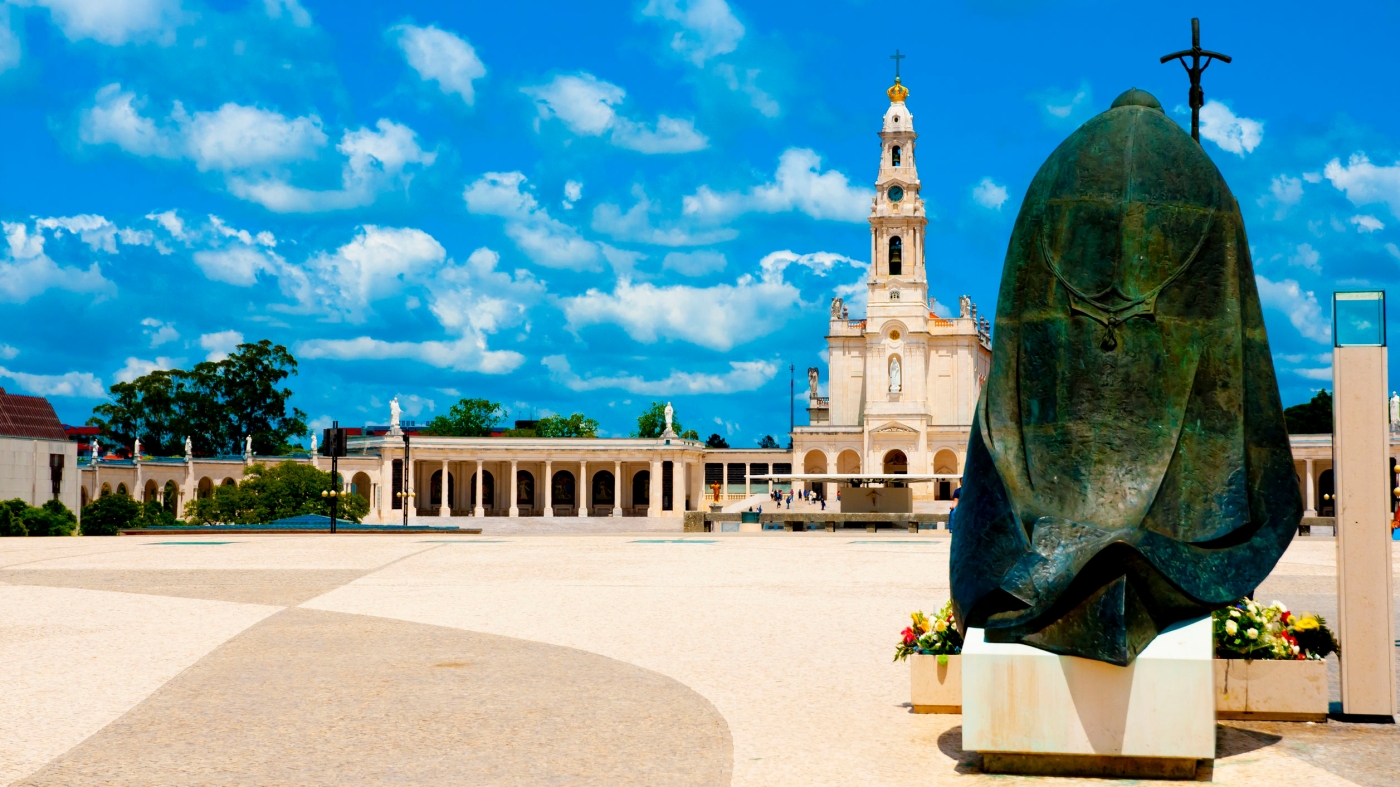 In 1991, Pope John Paul II returned to Fatima on May 12 and 13. This time Sister Lucia was not called to attend. She would remain with the Community and follow the journey of His Holiness in Portugal on television. But a surprise phone call to the Prioress on the morning of the 12th came from the Bishops of Leiria and Coimbra, delivering an order from the Holy Father for Sister Lucia to be in Fatima the next day.

It is also an exception for a Carmelite to leave the Carmel, but it is also no problem because it does not require much preparation. By late afternoon, Sister Lucia and the Mother Prioress left in the car of Dr. Miguel Barata and his wife. He asked for a police escort and they arrived in Fatima with haste.

The meeting with the Pope was to take place on the morning of the 13th before Mass in the house of Our Lady of Mount Carmel. Sister Lucia and the Mother Prioress arrived before the Pope and were invited to go to the Blessed Sacrament chapel. They prayed briefly before being told the Pope was coming. He came in and prayed for a short time before the Blessed Sacrament, and with joy and simplicity greeted Mother Prioress and Sister Lucia before heading to the meeting room. In the corridor, several journalists and photographers came forward and delicately asked if they could take some photographs. The Holy Father, noticing how the Shepherdess withdrew—she did not like being photographed—took her by the hand and with a gentle smile said:

“We have to oblige.”

The Discalced Carmelite nuns of Coimbra

A pathway under the gaze of Mary, XVIII.5

of St. Teresa Coimbra Portugal, C 2015, A pathway under the gaze of Mary : biography of Sister Maria Lucia of Jesus and the Immaculate Heart O.C.D., translated from the Portuguese by Colson, J, World Apostolate of Fatima USA, Washington NJ.