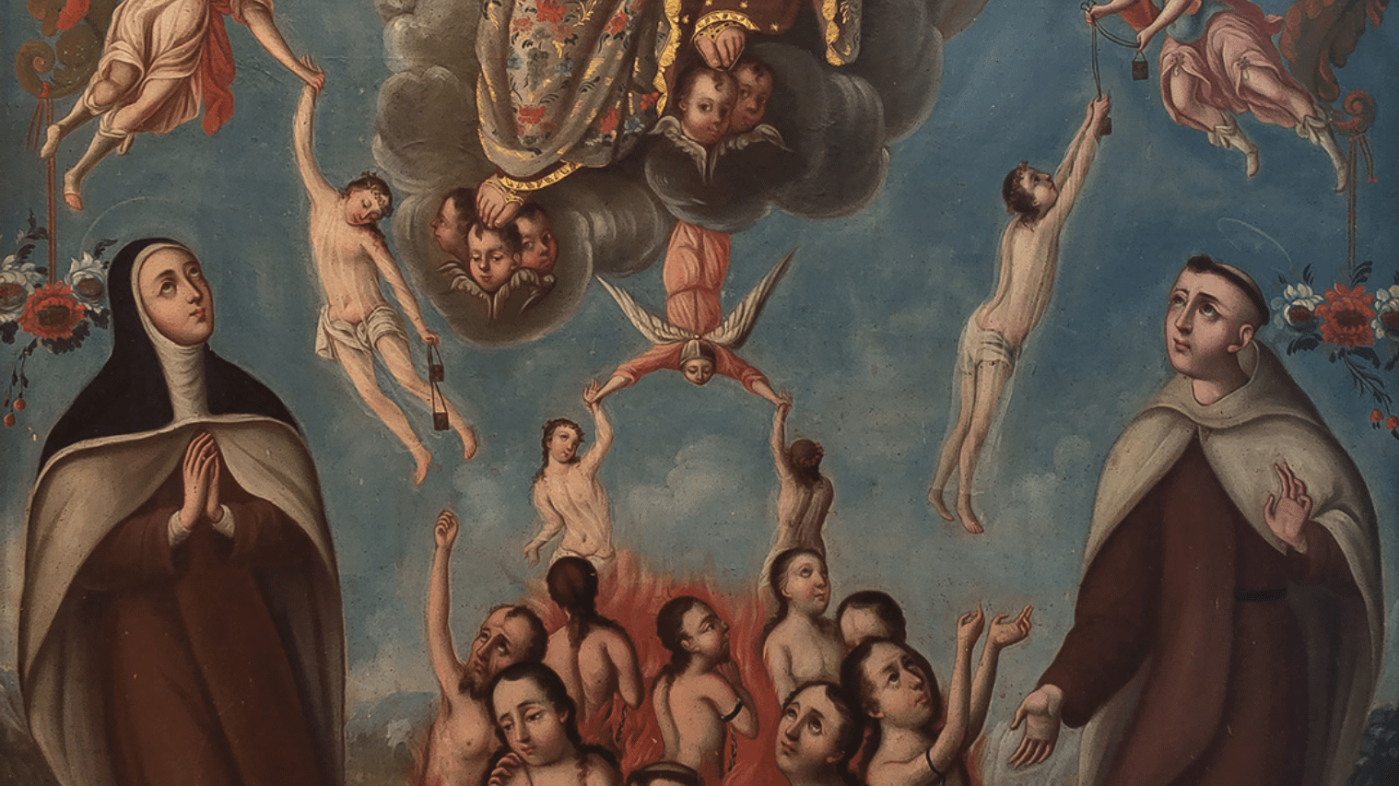 Her Entrance Into Religion

We received letters from the Monastery of St. Joseph, whither they bade me come. But there was no sign that my relatives were willing to give their consent. I had a Mass said every day for a year for the souls in purgatory, that these souls by their influence, and the Blessed Virgin by her power, would change my relatives. They put off their consent from day to day, thinking that these delays would end by making me give up my intention.

For their part, the religious of St. Joseph at Avila wrote pressing letters for me to come; my brothers replied that they would take me on the Feast of All Saints.

The eve of this feast my brothers were discontented, and said nothing to me. The hour for supper having come, and being at table with my three sisters and two of my brothers, I asked them if we were not going on our journey. At these words my oldest brother was seized with such a fit of anger that he rose from the table and drew his sword to kill me. One of my sisters rose and caught his hand, or, rather, I believe it was one of God’s angels, for I saw the sword giving me the blow on the head. And God gave me, in so short a space of time, such perfect resignation to die for love of Him, that I hope to have as great at the hour of death.

In the morning I slipped out without any one seeing me and went to Church. […] After Communion I became somewhat recollected, and divided between pain and content I gave thanks to God for all. While I was thus recollected, thanking my God for all the favors He had showered on me, my brother entered the church, the very one who had wished to kill me. In the excess of the grief my departure caused him, his face was as that of one dead. He told me that everything was ready […]

He wished to accompany me, as well as that one of my sisters who had averted the blow; several other persons also joined us. During all the way they did nothing but weep, and could scarcely address a word to me. As for me, I trembled interiorly with joy; on the other hand, however, I was so tormented with wicked temptations it seemed as if all hell was leagued to war against me.

The Holy Souls in Purgatory aided me to arrive at St. Joseph of Avila on their feast day, and the morning of this same day I saw the doors of the monastery opened to me. I had scarcely crossed the threshold than all this interior tempest was in a moment calmed; it was as if a veil had been lifted from above my head. I felt as if in heaven, so happy was I; it seemed to me that from my earliest childhood until this, I had lived this kind of a life and had dwelt among these saints.

From her autobiography
Chapter IX, Her entrance into religion (excerpts)