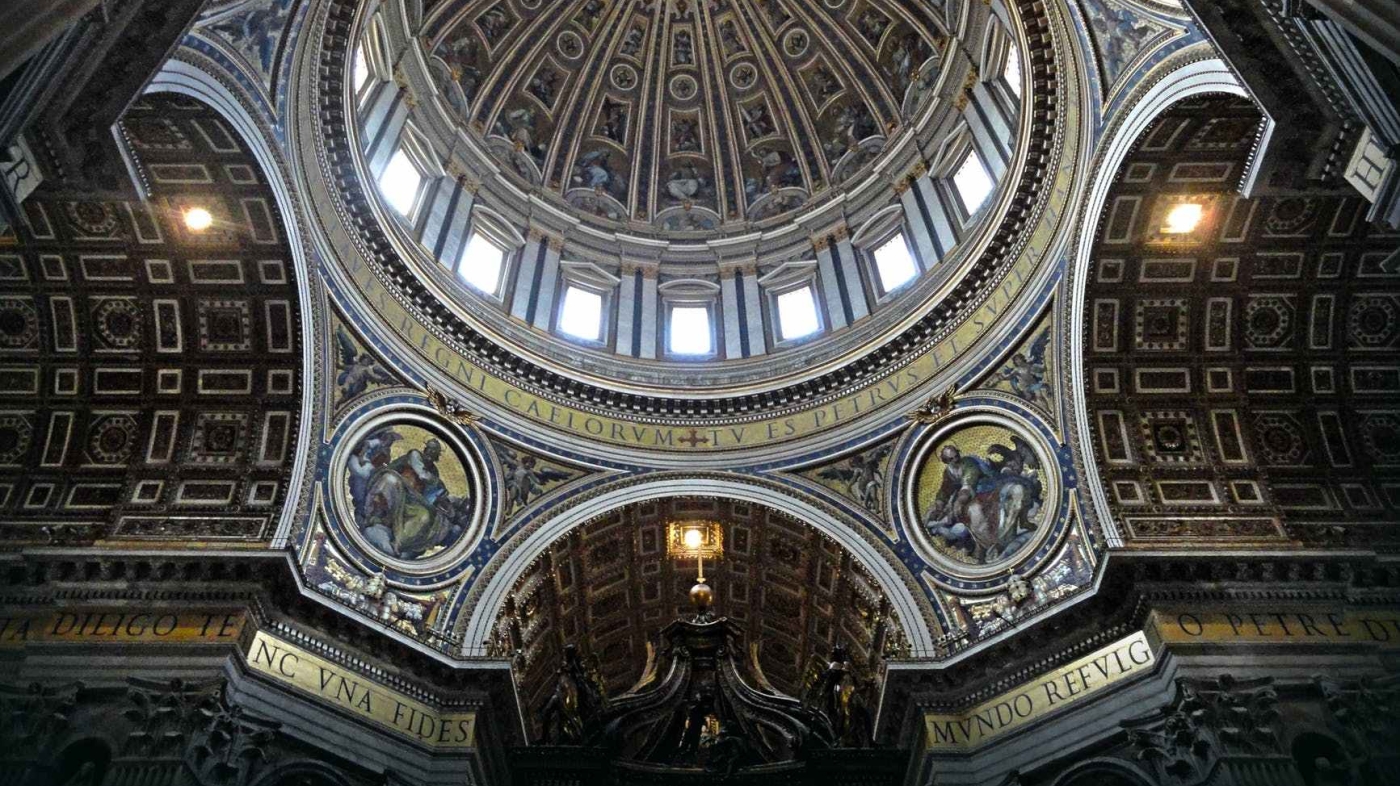 Rejoice! it is when all seemed lost that all is gained… We went to Naples and Pompeii yesterday and the day before with Mme. Bénard. During this time, Papa went to see the superior of the Brothers, to shake his hand and to thank him for the recep­tion he had given him two years ago with M. l’abbé Marie. The Brother was charmed. Papa spoke to him frankly; he recounted the audience we had on Sunday, Thérèse’s desires, her request, all the ups and downs, the sadness she experienced. The superior knew that Marie, Papa’s oldest daughter, had entered Carmel. He had never seen such a thing and he was very much enthused about our family. He understood this very well, and he him­self—if he had not entered the Brothers when young—believes that he would not have gone, and he thanked God every day for having called him when young (he is fifty years a Brother). He was noting down what Papa was saying about Thérèse, and he offered to speak about her to M. Révérony. But listen to the very end:

Papa stood up to leave and whom did he see enter but M. Révé­rony!… You may judge his surprise and that of the brother. M. Révérony was very much charmed by Papa; he seemed to be re­pentant. He reminded Papa that the Sovereign Pontiff had spo­ken to him particularly, because [M. Révérony] had introduced him by telling the pope that two of his daughters were Carmelites. Papa asked him if he had heard anything regarding the bishop’s decision, and he added: “You know very well that you had prom­ised to help me.” What a good Father! Then he recounted Thé­rèse’s grief at the audience and especially when he had replied that the matter was being examined by the superiors, etc. M. Révérony was touched, I believe, and he is beginning to believe that Thérèse’s vocation is extraordinary. He even said: “Well! I will assist at the ceremony; I’m inviting myself.” Papa told him he would be happy to have him and all sorts of amiable things were exchanged between them. That is what Papa told us this morning—I could not keep this in and I am writing to you immediately. To show you the promptitude with which I am writing this, I hardly waited for Papa to finish and in the office of the hotel I seized a piece of paper and a pen and here I am!….

Are you happy, dear little sisters? Perhaps even before this let­ter, you have some rays of hope, perhaps you even know more good news than we do. I believe we have won M. Révérony’s sym­pathy. Thérèse was so pretty at the feet of the Holy Father. She was kneeling at his feet, her hands joined on the pope’s knees, and her eyes were so pleading! It was beautiful to see her this way, and then I followed, in tears, asking for a blessing for the Carmel. This scene was touching, I assure you.

It could have influenced M. Révérony. So all goes well, what joy! I believe the trials are quite close to being over. . . .

Au revoir my darlings. We must go to dinner.